New Year's traditions around the world!

Events in the city 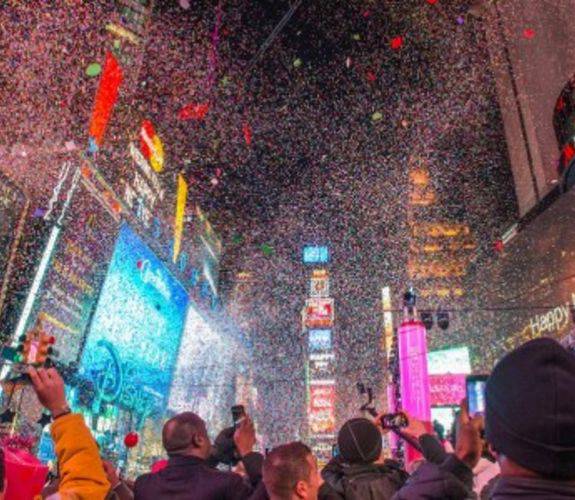 The New Year is truly an international holiday, but in different countries the traditional celebrations vary greatly.

Sydney, Australia: One of the first places to annually celebrate New Year, everyone goes to the Sydney waterfront to celebrate New Year's Eve. The iconic Sydney Harbour Bridge and nearby buildings light up the sky at midnight in a celebration that is traditionally viewed around the world.

Tokyo, Japan: On New Year's Eve, or Omisoka as it is known locally, bells ring out 108 times. According to traditional belief, each ring negates one of our human vices, which leads to suffering and negative emotions.

Beijing, China: Chinese New Year is a lunar anniversary, which actually takes place in January or February. The celebration is colourful and exciting. Elders usually hand out red envelopes containing money to minors and the festivities are always accompanied by fireworks and firecrackers, the sounds of which ward off evil spirits.

Sofia, Bulgaria: In Bulgaria, friends gather around the festive table to celebrate New Year. At midnight, the lights are turned off for three minutes. This period is called "New Year Kisses" and the secret of who you kiss will be kept in the dark for ever.

Paris, France: The City of Light becomes a city of fireworks on New Year's Eve and huge crowds line the Champs-Elysee, champagne bottles in hand, to get a glimpse of the Eiffel Tower at midnight when it erupts with one of the world's most beautiful firework display. French Santa Claus - Per Noel - also comes on New Year's Eve and leaves presents for the children.

Helsinki, Finland: In the home of Santa Claus, New Year is a kind of Christmas repetition. The whole family gathers at the festive table and thoughtful Finns, pondering their futures, melt wax and pour it into cold water to provide an insight of the coming year.

London, England: Millions of Londoners line the Thames waterfront waiting for Big Ben to chime midnight and welcome in the New year with fireworks and a spectacular light and sound show at the London Eye, set to the latest rock music. Traditionally there is a carnival procession for children, led by Lord Disorder in which characters from famous fairy tales take part.

Edinburgh, Scotland: North of the English border with Scotland, the traditional custom is "first footing", which takes place immediately after midnight and entails a tall, dark haired man, being the first person to cross their neighbours threshold, bringing symbolic gifts of food and whisky, to ensure good luck for the coming year.

New York, USA: One of the world's most iconic celebrations takes place in Times Square, when, at midnight, the Waterford Crystal LED ball, drops from the former New York Times Building, watched by a million people live and a billion on TV all around the world.

Bangkok, Thailand: Thailand is a great place to celebrate the western New Year, it is after all, an exciting party destination, with plenty of fun, fireworks and frolicking. Traditionally, however, Thailand's New Year is in the spring and is a water festival called Songkran, washing away the problems of the previous year and preparing for the next. These days, everyone is armed with a water pistol or a bucket of water and visitors are guaranteed to be soaked several times during the celebration. Luckily it falls at the hottest time of the year, so the regular soakings are a welcome relief!
Back
Share this news